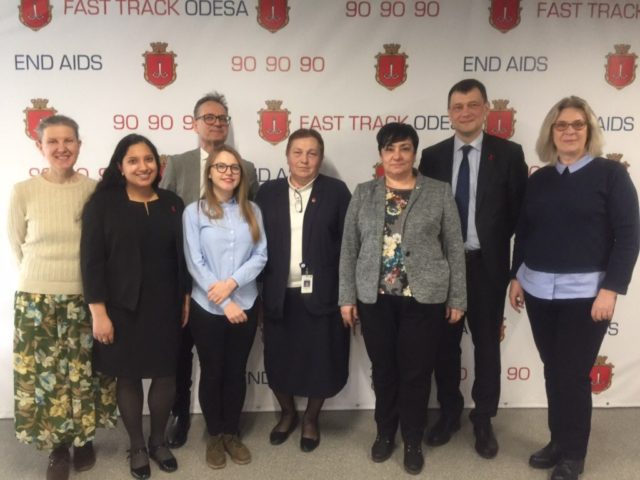 Sindhu Ravishankar, who serves as IAPAC’s Senior Director of Fast-Track City Programs, spoke during the roundtable discussion about Odessa’s work towards achieving the 90-90-90 targets. In less than two years, Odessa increased the percentage of people living with HIV who know their HIV status and are on antiretroviral therapy (ART) from 37% to 56%.

Ukraine has the highest occurrence of HIV outside of the African continent. The country also recently saw one of the largest increases in HIV infections in Europe, second only to Russia. Intravenous drug use and population displacement caused by armed conflict pose significant challenges to the AIDS response. 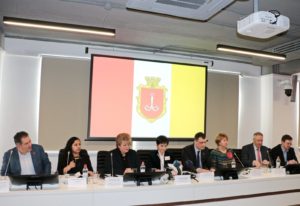 Despite these difficulties, health officials in Odessa have made considerable progress by implementing new strategies, such as expanding access to and scaling up the availability of rapid HIV tests in all city health facilities, as well as making ART immediately available upon an HIV diagnosis. Municipal officials have also focused on issues such as preventing mother-to-newborn HIV transmission, and combatting social stigma that often deters people from seeking and utilizing HIV testing, prevention, care, and treatment services.

The meeting, which was organized by the Odessa City Council, also sought to identify areas for improvement with regards to tuberculosis, hepatitis, and substance use. Odessa’s Deputy Mayor, Svetlana Bedrega, emphasized the importance of implementing internationally recognized best practices in the city’s efforts to combat these challenges. She indicated that nearly USD $2.5 million (66 million hryvnia) has been allocated by the city for work on these issues for the fiscal years 2018 through 2020.

Other meeting attendees included representatives from UNAIDS, the Ukrainian Ministry of Health, the World Health Organization (WHO), the US President’s Emergency Plan for AIDS Relief (PEPFAR), and the Public Health Alliance.