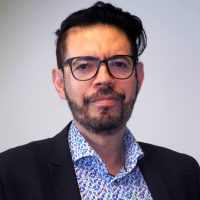 Jorge Saavedra, MD, MPH, is Executive Director of the AHF Global Health Institute housed within the University of Miami, FL, USA. Prior to this position, he served as AHF’s Global AIDS Ambassador. Before joining AHF, Dr. Saavedra was engaged in HIV/AIDS work in Mexico. He founded the first Ambulatory Care AIDS Clinic in Mexico City, which was to become Mexico’s largest care center for HIV-positive people. Two years later he was appointed director of CENSIDA, a government agency that works to prevent HIV transmission, to reduce the impact on individuals, families and society, and to coordinate institutional, inter-institutional, territorial and inter-sectorial responses to AIDS. As an openly gay, HIV-positive man, he campaigns against homophobia and other forms of discrimination against people affected by and living with HIV. Dr. Saavedra is Vice Chair of the IAPAC Board of Trustees.

What and when was your first engagement with HIV/AIDS?

When I attended the XI International AIDS Conference in 1996 to obtain data and hear about HIV policies.

What continues to motivate you about the HIV-related work you are engaged in today?

That we have the scientific tools to fully control the HIV epidemic.

What is your advice for young people wishing to engage in HIV-related work?

Talk with people living with HIV, hear their stories, briefly read about history and recent achievements, and attend HIV conferences – mainly the ones organized by prestigious organizations.

What is something most people do not know about you?

That I was diagnosed with HIV in 1985, among the first ones in Mexico; that 80% of my relatives live in the United States; that I only raise my voice when I have evidence behind me and I am strongly convinced of what I am saying; and that I consider Venezuela my second Latin American home country and I feel deeply about what is happening there.

Who are your mentors or real-life heroes?

There are three: Dr. Lilia Duran, a psychologist and my first mentor who thought me about how to focus on relevant issues and not be afraid of raising my voice; Dr. Julio Frenk, a former Minister of Health of Mexico, who fully supported me in relation to HIV policies in Mexico, including universal access to antiretroviral drugs in 2003, making Mexico the first developing country to fully launch that policy with domestic resources; and Mr. Michael Weinstein, President of the AIDS Healthcare Foundation (AHF), the largest non-profit HIV care organization, for many reasons that most people ignore about him.

If you could have dinner with one living or non-living person, who would it be and why?

Xi Jinping, the President of China, because I think he needs to be convinced about the enormous potential of the Chinese economy to do good for millions of people, especially to be a leader with the United States on global AIDS funding.

In your opinion, what are the greatest achievements and failures of humanity?

The greatest achievements include science and innovation. The greatest failures are discrimination against fellow human beings and global pollution.

What is your prediction as to the future of our planet one full decade from the present day?

Global political leaders will become more sensitive to global health. Unfortunately, though, it will be in response to disease outbreaks and risks to international health security. 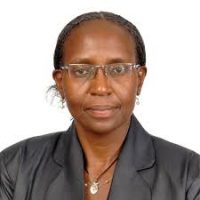