Lisbon, Portugal (October 22, 2021) – The Fast-Track Cities Institute recognized excellence among cities, allies, and sponsors by handing out nine awards at the Fast-Track Cities 2021 conference, hosted by the International Association of Providers of AIDS Care (IAPAC), in partnership with the Joint United Nations Programme on HIV/AIDS (UNAIDS). The awards recognized five Fast-Track Cities, a community partner, and two corporate sponsors. Additionally, a Lifetime Achievement Award was given to the former head of the US President’s Emergency Plan for AIDS Relief (PEPFAR).

Launched on World AIDS Day 2014, the Fast-Track Cities initiative is committed to achieving Sustainable Development Goal (SDG) 3.3 of ending the HIV and tuberculosis (TB) epidemics, and the World Health Organization (WHO) goals of eliminating HBV and HCV, by 2030. The Fast-Track Cities 2021 conference, a hybrid event held in Lisbon, Portugal, this year and via an online platform, convened more than 1,500 participants both virtually and in-person to exchange best practices about how to accelerate the responses to HIV, TB, and viral hepatitis.

The Grupo de Ativistas em Tratamentos (GAT) was given a Community Partner Award in recognition of their contributions towards Lisbon’s success in ensuring that 98% of people living with HIV are aware of their status and thus linked to care and treatment.

Dr. Deborah L. Birx, former US Global AIDS Coordinator and head of PEPFAR, was honored with a Lifetime Achievement Award recognizing of her years of public health leadership and with a special mention of her support for a data-informed, equity-based approach to ending the HIV epidemic. 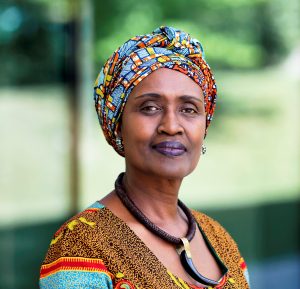 “Since the start of the HIV epidemic, cities have been at the forefront, taking a leading role in national agendas and delivering for people most affected by HIV,” said Winnie Byanyima, Executive Director of UNAIDS. “We strongly encourage cities to continue their bold political leadership and coordination, strategic partnerships that engage people most affected by the disease, innovation to address gaps in medical and social services, and to accelerate responses that reflect local needs and respect human rights.”

Amb Dr. Deborah L. Birx added, “I am honored to receive this award, but more importantly I want to congratulate Fast-Track Cities for bringing together political leaders with affected communities to accelerate the HIV response. This initiative continually ensures people in need of HIV prevention or treatment services are reached, seen, and heard with compassion and support. Moreover, this initiative recognizes the intersection of policy and outreach to address structural barriers to accessing and utilizing comprehensive HIV services. I am grateful to organizations like IAPAC –  they see a need, do not look away, and find ways to creatively have an impact on people’s lives.”

For more information on why each city received its award, check out the video clips below: